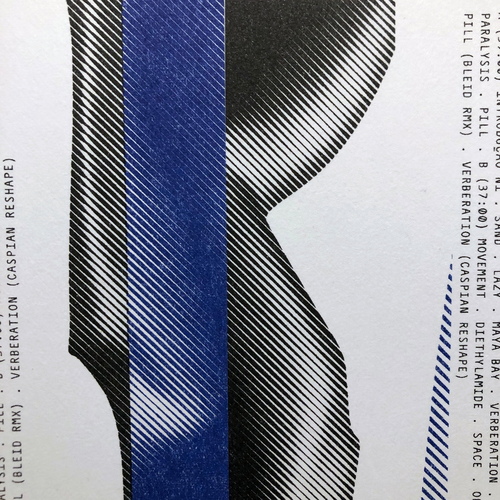 Format: Cassette, limited to 60 copies . Contains free download code and an A3 poster printed in risography.

In "Bay", Bruno Pereira reinvents himself, and it's not surprising because the talent has always been there. One of the best kept secrets of the electronic music scene produced in Lisbon. The album features remixes of BLEID and Caspian. Artwork by Lucas Gutierrez.

In 2016, Bruno Pereira released, under the pseudonym over8, the album "Dharma", the first Fungo— edition on cassette. Into his third album, the musician decides to end this project, invest and re-equip his home studio and, a year later, presents to the label a new album, now under the name of TROPIC NOIR.

Her self titled tape BLEID (Labareda, 2017) and the EP Badness (Naive, 2018) with Violet keep in mind the diversity that can be found on her music. Most of all, BLEID is a supporter of music regardless of genres.

Activist of the techno scene since 1999, Caspian quickly became an important figure in the rave movement of the Great West of France. As a producer, his music travels through racy, epic, dark techno.