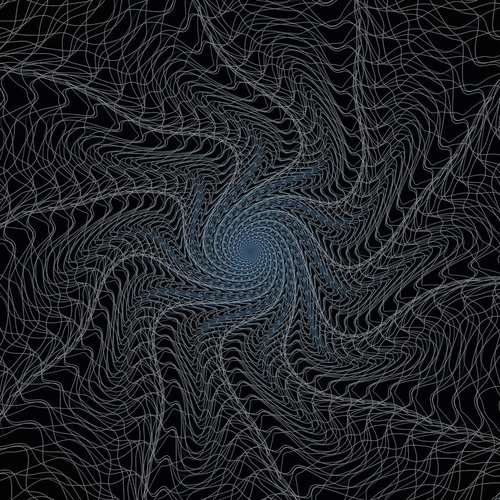 At some point in their lives, all humans become aware of the transitory nature of their presence in this reality plane. We are in fact the only species conscious of this immutable fact, and we seek to escape the shackles of this knowledge, from time, space, body or fate, in different ways. In ancient times, the crossing over from life to death, in itself, was designated by a word: “trance”. And from this word, many notions derived. Transition, transformation, transmutation, transfixion. All of them, in one way or another, methods of attaining heightened awareness, suspended consciousness, enlightened states of mind, a connection to the source of all that surrounds us, different routes to an idealized freedom. And music has been, from immemorial times and probably more than anything else, a fundamental tool for the achievement of these trance-like states.

With his debut solo album, Italian producer Ness proposes 10 variations on an additional notion of trance through music, which he has chosen to name as Trancemigration. When he set out to create this body of work, it might not have been his conscious intention to touch upon so many of the previously mentioned aspects of what constitutes trance as a state, more than an aesthetic. But then, so much of what constitutes such a state is born out of unconscious will and abstraction, that the result could only feel this instinctive, deeply personal and far-reaching. The very natural and organic process that made this album possible can be felt even in the physical dimension of it’s sound. Choosing Minilogue/Son Kite’s Marcus Henriksson (aka Nobody Home) as the man responsible for it’s mastering, serves an immediate sign of Ness’s desire to let the music assume the shape and feel of a breathing, ever-expanding organism, trading his past work’s “wall of sound” approach for something spacious, pure and dynamic. The ten deeply immersive tracks themselves, trace, with variety of form and creative freedom, different vectors to a consistent path of transportative and almost meditative soundscapes that never forget, however, to build the foundational rhythmic structures that create the momentum so essential to the release of the body from physical limits.

Levitating on wide sonic vistas, spiraling on fluid, rippling melodies, pushed out on propulsive basslines, these vessels of the soul we call our bodies experience, then, the nature of Trancemigration. An unfiltered expression of Ness’s will to use the music as a vehicle for self-improvement and evolution, in the clubs or under wide open skies, a vision of the undefinable moment of letting out and passing through, an embracement of the gift that is the moment.