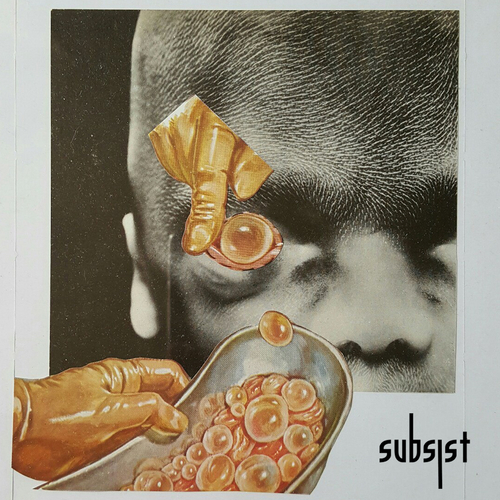 The visual field of an individual is delimited to the reality of our environment and to what our nervous system can process, but in musical terms this panorama experiences a continuous expansion analogous to the expansion of the cosmos. There is neither a consumption of resources nor an outcome that forces to retain the infinity of possibilities to which we can be submitted in the form of new sonorous contributions.

Genres such as techno suffer from constant influences that alter and, above all, diversify this style giving it greater plurality, and it is this heterogeneous condition that Subsist Records defends with a catalogue that manages to go beyond that vast spectrum.

In this new delivery of the prevails the depth and presence of a background controlled by an amalgam of subgraves with which Amedeo Martini, known artistically as AM.MA, creates a round and compact structure. "Failing While Trying" opens with a track of the same name with a slow trajectory that progresses and vanishes like the concept of the life cycle, a tonic that he reiterates with "The Space Between". Both tracks follow a similar development but, the solemnity of the base of the first cut differs from the movement exerted from the beginning by the second.

"Sincerly Yours" sounds sharper than the rest and what seems to happen simply and without changes in the low frequency range vanishes with the presence a few minutes away of a powerful rugged line that appears as a roller that intensifies the exaggerated climax it reaches. Surrogate "acts as an exegesis of Sincerly Yours prolonging the rough and grainy character but accuses more firmness and less mental temperament.

With "The Kentorsionist", AM.MA plays mainly with the harmonic unfolding and the dissonances to elaborate a kind of tonal fatigue with which it completely takes possession of reality. (Ximo Noguera)