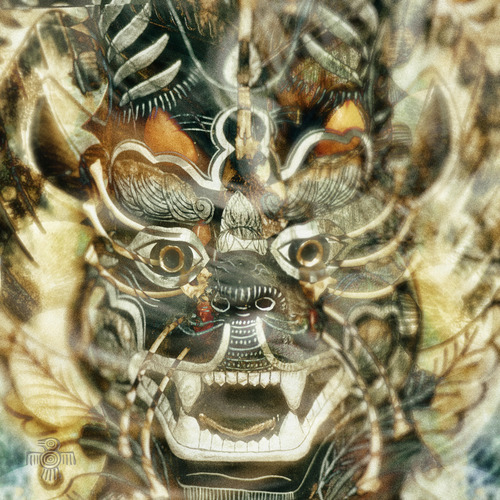 "Animas-k" is partly a collection of old tracks extracted from several albums in my discography, slightly or heavily "modernized", with the addition of 3 unreleased tracks.

In my life I have traveled and still travel a lot, except for 2020 when for major forces I decided to take a break, together with my backpack I never miss my camera and my equipment for Field-recording.

Capturing sounds, soundscapes, traditions, especially ceremonies of various contexts are a passion of mine, bringing home an "immortalized" moment through the recorder gives me immense joy, everyone has fun with photos and videos, but in my travels the prerogative is sounds and smells, the latter is part of my work.

Yes, by dint of traveling it has also become my job, I opened a company in Burkina Faso in 2007, then in Madagascar and Uganda, I export medicinal plants, spices, tea, but one of my great passions is aromatic materials for incense.

Fumigations and incenses in general have always been linked to ceremonies, rites, offers, these 2 aspects are linked to each other, singing, percussion, hypnotic sound, with the essences that emanate from the braziers create a mystical, deep atmosphere, collection. But the theme of this project is the soul that is expressed in the masks, for this reason the title brings with it a play on words that wants to represent with Anim the soul, but also the animal, the separate k is a third word that you want to distinguish, thus forming the word mask, the soul of an animal in a mask.

Often and in many cultures, the dances with masks are meant to represent a sort of "exorcism" an act of purification by expelling evil entities from the villages, a sort of carnival parade in which by making fun of the entities you remove them, since you identify with them with the image of the mask you are wearing.

The album is as if it wanted to unleash a propitiatory dance aimed at purifying and protecting us, crossing various cultures, from African, Amazonian and Asian ones, where in the last track we immerse ourselves in valleys of Buddhist monasteries, with very similar songs and sounds. to animistic contexts, therefore not religious but closer to shamanism, such as the ancient Buddhist branch called Bön.

Another peculiarity that masks have are that of letting you identify with the part, and therefore break down the most superficial self, conditioned by the environment (social rules), taking off and putting on the mask is a profound gesture, like taking off something of ourselves.