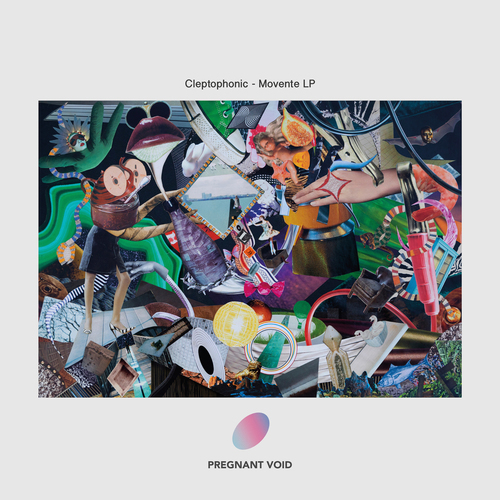 Movente is a debut LP from a vital and long standing figure of Italy’s clubbing scene under a brand new alias. That alias is Cleptophonic, and the album, due in 2019, is an autobiographical collage of experimental trip hop sounds that is truly immersive.

Under a former alias, Cleptophonic has spent years DJing and experimenting in the studio and has made a real impact on his native scene as a result. He is a very delicate person with a serious attention to detail that he puts to best use by delving deep into what he loves: playing on turntables and immersing himself in a sonic realm cuts him off from the real world and acts as therapy for this meticulous and selective person and artist.

He is a master of a stylish musical collage technique – both in sound and images. As such Movente is a collage of different sounds, sampled with the turntables and put together with Logic, while his passion for collage also spills over onto the album cover, which is made by pieces of paper from magazines, newspapers and comic strips. The result is an experimental trip-hop album with a singular sound that puts together pieces of life, sounds and images that are meaningful for him, especially the last song, which is dedicated to his mother who sadly committed suicide a few years ago.

There is a beauty and delicacy to the music throughout this most excellently escapist album that is utterly absorbing. Pads swirl round louche beats, crisp hits ring out into the night and you’re left in a deep state of contemplation throughout. There are warped and shimmering cuts, dub tracks drenched in reverb and melodically rich broken beats. The whole thing is so spacious you get sucked right into the centre of it all and the thoughtful moods and deft sonic details all making a truly lasting impact.

This is an exquisite album that encourages you to really get lost in a unique musical world.