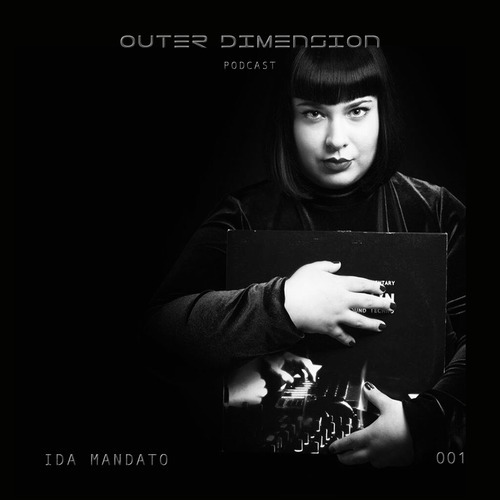 Ida Mandato kicks off our Podcast Series with a Berlin influenced dark and industrial mix!

Born in a small town in Calabria, Southern Italy, in 1989 then moves to Rome to focus on what she love the most.. Music and arts!

Attended a bachelor degree in Art History and took her path behind the decks at the same time. She made her debut with Female Cut Crew in 2013 and she began to work with Animal Social Club, becoming resident DJ after a year. In that period, she gradually developed her technique and the ability to express herself through music, becoming increasingly notorious and admired in the underground clubs in Rome firstly, then across Italy and Europe. She also started travelling between Rome and Berlin, enhancing her sound with the impeccable taste typical of the Eternal City, ranging from ambient, experimental and dark techno to the raw and violent sounds of industrial, inspired by the modern and fervent Berlin. She is a resident of the project Risonanza and she has dozens of important collaborations under her belt always succeeding to make her mark.