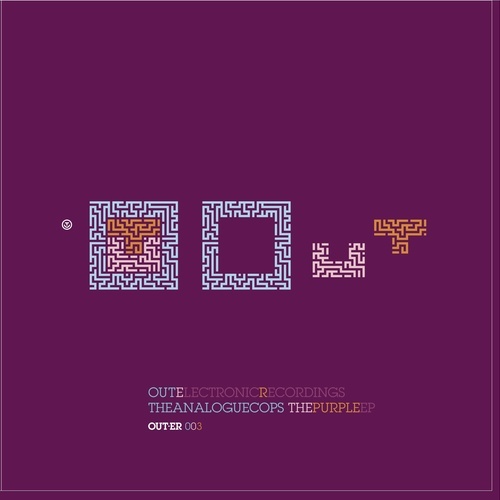 OUT03 - The Analogue Cops - Purple EP

The A1 is the tightest arrangement of the four, with pinging cowbells, double (or is it triple?) claps and tinkling cowbells hanging in the air before being pinned to the floor with some booming kicks. Once it finds its step, it's a nice enough jam, but the deeper, piano-licked and more prying deep house groove of the A2 works better. On the flip, B1 is ravey at heart, with incendiary stabs, a repeated "burn it up now" vocal (which becomes a rather annoying distraction) and well-spaced, looming kicks. Last track B2 takes a different route, trudging down a slowed, broken beat path scattered with loose hits, dangling cymbals and an indecipherable (and, again, slightly annoying) vocal hook. It's the sound of winding down at the end of a long night and, frankly, you need such a track given the bumpy business of the three that precede it.

by The Analogue Cops

by The Analogue Cops