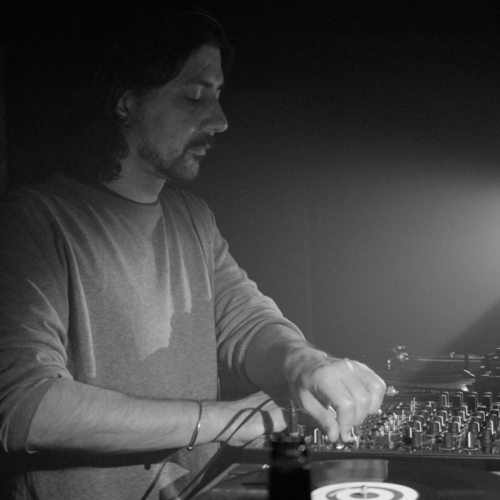 The Burro is equally at home toiling in industrial warehouses as he is lazing in ambient fields. A firm believer in variations on a common theme: It's about the mood not the genre.

You can usually find the Burro at Korner in Taipei or Delta in Hong Kong doing what he likes doing.

Al Burro (London) first got interested in electronica back in 1994 when he first heard Jeff Mills’ Transmission 1. Drawn to the futuristic soundscape, he and a friend bought their first set of belt-driven decks back in 1995 and this began a longstanding affair with techno. After annoying the neighbours for a couple of years, they decided to branch out and start annoying people at private parties and smaller venues, and annoy them they did. But, with practice and time came a more well-rounded sound; after which, he took a 5-year sabbatical from DJing and took his turn on the dance floors around the world.

When next Al stopped travelling long enough to make owning musical equipment logistically possible, Al discovered a more mature sound. The Detroit Soul and Motown roots remained, but added to this was a drive for a more worldly sound and an appreciation of other forms of music including jazz, hip hop, swing, house and too many more to mention. Al cites as some of his influences: Gilles Peterson, Ninja Tunes, Mr Scruff, DJ Food, Jurassic 5, Radiohead, Jeff Mills, Dave Clarke, Derrick May, UR and the list goes on.