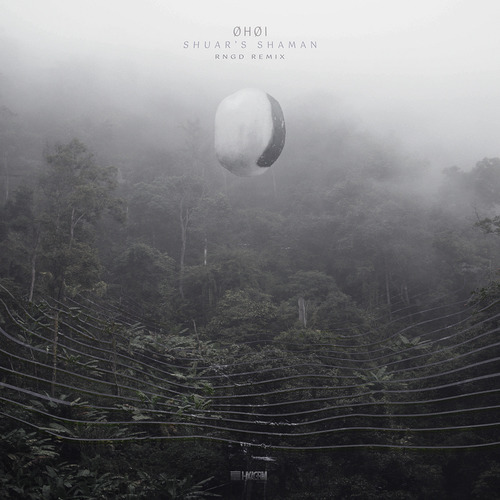 Normally we put some words to the music inside our releases, but this time, the artists themselves write some lines about it.

“This album was conceived with reference to the shamanic reality of the Shuar tribe.

The rites and observances perpetuated by them over time show a warlike and brutal nature and, at the same time, the spiritual and meditative reality that characterizes them.

A journey into the deep Amazon, wild, bloody and yet full of silence and tranquility.

A projection of the inner nature, which transforms the being until the Exeresis of the false reality.

We wanted to recreate sounds that facilitate immersion in this dimension by determining decisive factors and pressing rhythms characterized by the power of electronic synthesizers,

designed to transport the listener to a mystical environment.”

ØHØI is an Italian duo formed by Piero Gigante aka Zigler and Paolo Calabrese, who form part of our roster since they starred [HXAGRM012] “Elements’ Decline” in October 2019.

RNGD debuts with us and does so with a remix of “Capture”, an immersive work that merges completely with the sound of the EP in a very personal way.

Promotion and distribution by Envelope Structure.