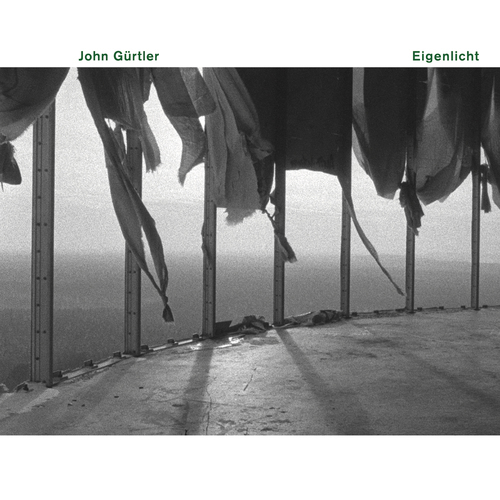 Gently teetering between krautrock-influenced synth mantras and saxophone improvisations, down-tempo electronica, sound design experiments and moments of rich ambience, ‘Eigenlicht’ is a diverse album of electro-acoustic music. The 11 tracks were recorded between two studios and on location at Berlin’s infamous Teufelsberg - an abandoned Cold War era US ‘Listening Station’.

A document of Gürtler’s development, many of the pieces here were first laid down in his bunker-like former basement studios at Drontheimer Str. in north Berlin, before he eventually elevated above ground - both physically and musically - building his current Paradox Paradise studio and becoming an established film music composer.

John has recently collaborated with fellow German producer and composer Phillip Sollmann aka Efdemin on numerous projects, performing live and releasing the ‘Gegen Die Zeit’ EP on Sky Walking, a subsidiary of Dial records where he also remixed Efdemin’s ‘Parallaxis’ under the moniker The Borderland State.

In part an ode to the Macbeth Systems M5 modular synthesizer, with its three voices, much of the album features the towering instrument, whose uniquely rich tone and rumbling, pure bass end characterises tracks like ‘M5’, ’Synthetics’ and ‘Five Voice’.

“The M5’s built in spring reverb and huge sliders and faders as opposed to all the tiny knobs on Eurorack synths made make it as playable as any acoustic instrument.”

John’s primary musical background is in acoustic music, coming from woodwind and keyboard instruments, improvisation and composition. So when he began working with computers and electronics, he was always looking for ways to make synths and samplers sound as organic as possible.

One of the first analog synths John bought was a polyphonic soviet-built Electronics EM-25 (электроника Эм-25) that he had shipped from Uzbekistan. It was cheap, but built like a tank and sounded like something between an organ and a Roland Juno synth. You can hear it on ‘Russia Falling’ - just like the title, the chords descend as the track builds.

Part of John’s ongoing search took him to amplifying synthesisers in unusual spaces, from the vast basement corridors outside his old Drontheimer Straße studio to the 20 second-long reverb spaces of the Teufelsberg Station. The track ‘Old Devil’s Hill’ is a spontaneous composition played on saxophone, recorded in the middle of Teufelberg’s highest dome.

“I was driving up there regularly with a friend, dragging instruments and battery powered amplifiers up the hill, through holes in the fence and all the way up a tiny staircase to the highest point above Berlin, just to get that amazing sound. It’s such a strange reverb because it tunes every single note into perfect pitch.”

Through connecting different kinds of old and new wind controllers, John was able to play synthesizers with a controller similar to a saxophone or clarinet, that would recognise lip pressure and intensity of breath. On ‘Eigenlicht’, a tribute to Scottish synth creator Ken Macbeth, you can hear the synth brought to life as John plays it via a breath controller.

The faders on the M5 are so wide that I’d stick a tape beneath them and draw lines for certain notes, creating scales I could play with without using a keyboard, like on the track ‘M5’. I had brought a lot of old leaves, branches and plant seeds into the studio to create an earthy drone bed for the track. It also features a Santur which my parents brought back from Tehran when they had to lee back to Europe on account of the revolution in ’79.”

Most of the tracks have improvised performance elements and a certain ‘first take’ magic. For a while there was an original Sequential Circuits Prophet 5 at John’s studio. ‘Suchend’ is a first take, one take recording.

“I love the way there’s this rhythmic warbling coming from the synth, it almost sounds like an old record. I used to pass up this kind of track for being unspectacular, but looking back it’s the spontaneous and simple ones that (still) stand out to me…”