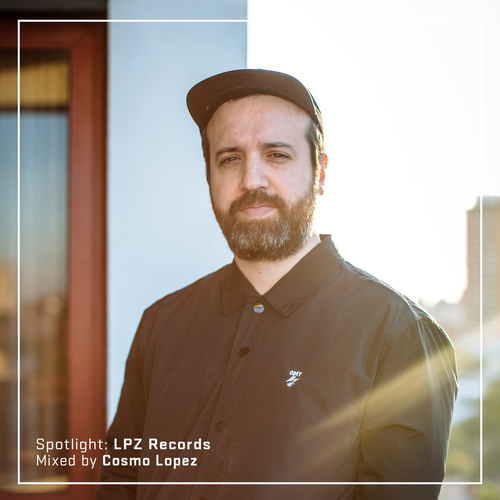 A constant source of positively charged, high-end techno and electronics, we shine a light on Paraguayan LPZ Records with this blistering DJ set by chief label operator Cosmo Lopez.

All tracks are taken from the label’s colourful and wide-reaching discography, with over 25 tracks cut together in the Asunción-based crew’s trademark fiery mixing style.

Say goodbye to those track-ID-search demons! Cosmo gallantly formatted the tracklist here for all to marvel in his selections. All the tracks are available on Formaviva, too. Support the artists and buy their music!

Has there always been a Techno scene in Paraguay?

"Not quite, dance music was sort of popular in the 90s with big clubs like Caracol, but more on a pop level rather than underground (think Inner City rather than Underground Resistance). In the early 2000s for some of the decade, there was a curfew at night, so the music kind of went underground to private parties which were mainly playing house.

In the 2010s some of the earlier clubs in Asuncion were still playing house music (clubs like Fin del Mundo and the beginning of SQNC) which kind of mutated to techno around 2015. Now I’d say techno is the main genre of dance music in clubs and events in the capital city although house, minimal, electro, and breaks are still en vogue in Ciudad del Este and Encarnacion."

What was the influential music of your youth?

"I kind of got started with rock music in my teens in the 90s: Ramones, Dead Kennedys, Sonic Youth, Velvet Underground, the whole indie-grunge movement from the US. I was also into British bands like My Bloody Valentine, Spritualized, Jesus and Mary Chain, Smiths, plus the first wave of UK punk (Buzzcocks, Clash, Pistols) and post-punk (Wire, Bauhaus, Killing Joke). At the same time I was also listening to some hip-hop and dance music, whatever we could get hear on MTV which was still good. I remember getting Paul’s Boutique by Beastie Boys in 92 which I really liked - I was also into KLF, Everything but the Girl, and the aforementioned Inner City.

Around 97-98 I started getting more into dance music and beats, especially trip-hop and jungle, as we started hanging out more with Octavio (real name Jorge) who was in the same schools me.

He was more into jungle and drum & bass (Roni Size, Goldie, Dillinja, LTJ Bukem, Big Bud) and I was more into trip-hop (Massive Attack, Portishead, Tricky, Lamb) but we both liked each other’s music and it kind of permeated our sound in the end.

Then when I moved to the UK in 2001 I got a lot more into electronic or dance music, first from artists in the Ninja Tune label, then everything from R&S, XL, Warp, Ghostly, Italians do it better, and so on. Kind of a varied approach to listening to music. I tend to really get into a genre and devour as much I can and then move to something else, this got me really interested in Krautrock, Afrobeat, Jazz Funk, Berlin School, and other genres."

Who else is involved with the label, and what will you release next?

"I mainly run LPZ Records but Jorge and Ariel (P. Lopez) also get the final say. Usually, I present what I think would be a good EP, or we choose some songs together, and then I try to conceptualise this and go back with the final product for them to say yes or no. Or, I would come up with an idea and run it by them to hear their opinion.

For example, our next release is by Amanda Mussi (LPZ019 which is out now). She sent some demos and I liked a couple of tracks and thought it would be good to have remixes by each one of us in LPZ. In the end, the final result is really good in my opinion as each of us showed the sound we like: Ariel did a banging techno track, Jorge did a trippy techno remix and I did a 160 bpm jungle rework. Check it out, there is something for everyone there!"

If you could choose any one artist to release on your label, who would it be?

"Just the one? Too many to mention but I would say Dopplereffekt, Objekt, Helena Hauff, Stingray, Barker & Baumecker, Steffi, Martyn, Om Unit, dBridge, Gene on Earth, Efdemin and many more. Those are just the more contemporary ones, who wouldn’t like say Amon Tobin, Aphex Twin, Squarepusher or Broadcast to be on one’s label?"

Can you recommend any other artists, releases, or labels you've discovered on Formaviva?

"I really liked the label Sequencias Temporales, which caught my attention because of the name. Then I started listening and found some really interesting noise and ambient releases by them, especially by Yóhan, Adhémar and Vako Pachulia. Ideal music for early doors or the start of the night in my view, so check it out if you’re into that sort of thing!"

Thanks for your words and music Cosmo!